What’s the Future of Socioeconomic Equity in Cannabis? 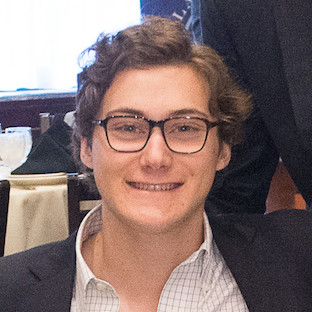 As cannabis legalization continues across the United States, one of the challenges for legislatures is addressing how the “war on drugs” has disproportionately harmed communities of color. To date, 16 states have decriminalized cannabis, while 11 more have “legalized” adult-use in what are positive first steps towards social equity. Despite many jurisdictions legalizing without a thoughtful plan for revitalizing the communities hit hardest by the criminalization of cannabis, newly legalized states are beginning to show other states a means of legalizing with social equity in mind.

At the onset of marijuana legalization in the US, many states, like Colorado, had laws barring ex-convicts from participating in the marijuana industry—not exactly restorative justice. The lack of sensible regulation and high licensing fees also left many states with rapid consolidation and revenue going to large, out of state firms. Not to mention some states failed to expunge sentences for marijuana possession after legalization. Indeed, how progressive is cannabis legalization if the monetary benefits are not felt by the most adversely affected communities?

There’s good news though: many states are learning from the pitfalls of the cannabis “first-movers” with social equity programs on the rise. From 2012 to 2016, just one of the 13 states that adopted adult use or medical marijuana legislation included social equity provisions. But encouragingly, from 2016 to 2019, that ratio increased to five out of 12. However, each state takes a different approach to their social equity provisions, with differing levels of success.

In Pennsylvania, 10% of licensing merit “points” are awarded based on an applicant’s commitment to diversity in management. Michigan reduced licensing fees for business owners living in urban areas most impacted by the “war on drugs.” Neither of these plans represent a dramatic, bold commitment to social equity, but they are a start; sometimes, modest reforms are all that can (politically and legally) be done. In Ohio, for example, a plan setting aside 15% of medical licenses for minority applicants was deemed unconstitutional by state courts.

Massachusetts has been more successful than their Midwestern counterparts: in the Bay State, priority licenses are awarded to the communities victimized by “tough-on-crime” policing. Social equity applicants are also eligible for free classes on accounting, legal compliance, and technical skills needed to operate a dispensary.

California offers state-wide training, funding, and loans to social equity vendors, but municipalities have also been given their own autonomy in instituting social equity legislations—with mixed results. In cities like Los Angeles and Oakland, well-intentioned programs failed to provide true social equity, as they could not resolve issues around high taxation and illicit markets. Now, the city of Sacramento is hoping to set new equity standards with the lessons learned from these past failures. 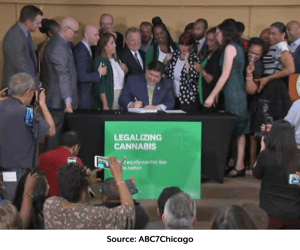 The state many have called the “blueprint” of progressive cannabis legalization is Illinois. In addition to expunging most low level drug offenses, the Prairie State’s cannabis statute includes the Restore, Reinvest, and Renew (R3) Program that mandates 25% of all cannabis revenue go towards Illinois’ most disadvantaged communities. At least 20% of all licensees must also go to minority owners, many of whom will receive further advantages in the licensing process given their “small” business status. A new Cannabis Business Development fund will also provide low-interest loans and capital to social equity vendors.

What makes Illinois’ law most unique is not what it entails, but how it was passed. Illinois was the 11th state in the US to adopt adult-use marijuana, but it was the first to pass it through its legislature, as opposed to a ballot referendum. While referenda provide a rare opportunity for the citizens of a state to vote on a single issue, they put the difficult issue of cannabis legalization to a simple “yes or no” question—often disregarding the more opaque moral and economic issues at play and forcing legislators to “clean up the mess” after the fact. On the other hand, when passed via statute, local leaders can thoughtfully implement sensible regulation and pro-equity policies.

If more states—like Arizona, Maryland, and New York—pass their laws via their state legislatures, expect similar progress on social equity. That, combined with a greater public understanding of the need for cannabis equity, should ensure we see legalization plans that balance prosperity and justice.