Why the East Coast Could Do Cannabis Better 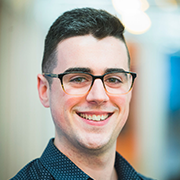 Focus in the industry has been on California and the West Coast for years, but now states along the East Coast and the Midwest are beginning to move forward as legal and other barriers to entry begin to soften. The regulatory environment in the East is very different than when the West first opened. The East Coast and Midwest states are restricting license grants, creating a fertile environment for scale and consolidation, adding value to entry for large firms and investment. These large players have made it difficult for East Coast mom and pop shops to enter the space. In New Jersey, for example, citizen groups are worried that legalization won’t necessarily mean more jobs and profits for the state, but rather these larger companies will bring in their own people and the profits will leave the state. The eastern markets have now become the hub of some of the most capitalized and highest valued companies in the industry. As these big players establish themselves in the medical marijuana markets in the East, we can expect explosive growth once these states become legal recreational markets.

The market is beginning to witness massive amounts of raised capital, partnerships, major consolidation and acquisitions among players creating vertical integrations that may prove hard to compete with for many small firms. Here is a timeline of a few acquisitions from this year:‍