The FDA on CBD: What to Expect 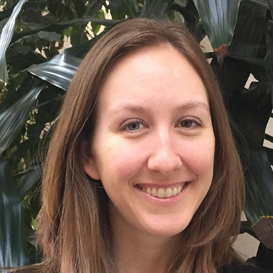 Producers and consumers of the hemp-derived CBD market are buoyed by the optimism of the industry in the wake of the 2018 Farm Bill’s passing. Despite the Food and Drug Administration’s insistence that little has changed in their approach to CBD, the industry is expecting a rapid shift into mainstream consumer channels. The Farm Bill not only mandated a change in CBD’s classification as a Controlled Substance, it also effectively removed any authorities outside of the FDA from the picture. Now that the FDA is the only agency policing hemp and its derivatives, a new approach to CBD is necessary.

According to the FDA website, the agency is operating under the determination that CBD is a drug on the basis of its use in clinical trials by drug manufacturers to establish its medicinal properties and healing effects. If CBD is a drug as the FDA defines it, then it is illegal to sell it as a dietary supplement, because drugs require FDA safety and efficacy testing before entering the market. However, to date, the FDA’s policing efforts have focused only on supplement manufacturers that make claims about CBD’s ability to treat, cure, or heal in any way, something that only drugs can claim. This loose policing effort has left the CBD industry in a gray zone, despite the Farm Bill’s explicit legalization of hemp and its derivatives.

Following the signing of the 2018 Farm Bill into law, the FDA commissioner released a statement regarding the FDA’s continuing authority to regulate hemp and its derivatives, and affirmed that the Administration would continue to consider CBD as a pharmaceutical drug, rather than a food ingredient. However, the press release also indicated that the agency is opento considering input from the industry, and will host a public meeting where stakeholders can voice their concerns on the subject. This is a strong indication that a change in FDA policy is imminent.

The commissioner’s note mentioned that there are certain pathways for the FDA to reconsider whether CBD is permissible in food and supplements; one of which is likely to be the Generally Recognized as Safe (GRAS) conclusion. In the US, ingredients added to foods must be either evaluated and approved by the FDA, or – if the ingredient is widely recognized by experts as safe for consumption – attain GRAS status. If an ingredient has not been tested and approved by the FDA as a food additive, GRAS status can be achieved independently by a company who wishes to use the ingredient, as long as their testing is equivalent in robustness to FDA safety testing. The GRAS Notification process is voluntary, which means that an entity which believes it has achieved GRAS-level evaluations of an ingredients not required to submit that evidence to the FDA for GRAS approval, but the evidence can be requested and reviewed by the FDA at any point in time.

CV Sciences believes its 2018 study on CBD is comprehensive enough to declare the company has completed an Independent GRAS Conclusion, meaning its CBD oil is safe to be used in food and drinks as an additive. The company is now partnering with SNAAK BAR to produce the industry’s first sports bar, using CBD as a food additive under the FDA’s definition. Although the study found extremely high levels of CBD consumption to be safe for its test subjects, the study must be repeatable and peer reviewed. Now that CBD has been removed from the controlled substances list, the study can – and should –be repeated with human test subjects. Of course, the FDA has not responded publicly to CV Sciences Independent Conclusion because the conclusion has not been submitted to the FDA for approval.

Although many in the industry are concerned that the FDA-CBD relationship may go the same way of Cholestin derived from Red Yeast Rice, it already appears that the FDA is much more open and willing to compromise in this case. Representatives from GW Pharmaceuticals have expressed no interest in cornering the CBD market for themselves, and while Mitch McConnell’s Hemp Farming Act was designed to remove barriers to all types of hemp production, it certainly does not escape him or his hemp-farming voters that CBD processing yields one of the highest profit margins of all hemp manufacturing activities. In addition to the FDA, the industry also awaits news from the USDA on inter-state hemp production and trade. While these changes may feel slow in the face of the industry’s explosive take-off, policy is progressing in a way that fosters growth in the hemp and CBD industry in the US.