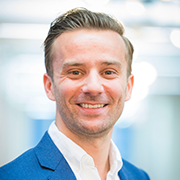 As adult-use cannabis legalization continues to gain traction across the country, covering over 40% of the national population, the industry has begun to grapple with how to implement on-premise use. While the US may be a few years away from a full Amsterdam-quality kafe experience, select states are opening up the possibility.‍

Lounges across the country have existed in the gray area of consumption regulations, many under the premise of being clubs for the exclusive use of a group who pay membership fees, similar to the experience of Spanish cannabis clubs. Because these lounges have opened and operated through legal loopholes, there have been several unsuccessful attempts by state authority and regulatory boards and other stakeholders in the industry to crack down on the concept. To date the only establishments that have been able to skirt public use restrictions have been hotels who have begun establishing adult-use areas which allow cannabis in their designated "smoking rooms".‍

However, many states are starting to investigate business models that center on on-premise use. Oregon introduced a bill during its 2019 legislative session that would legalize and regulate cannabis consumption businesses; additionally, Massachusetts is currently exploring café legalization, though its prospects remain far out, a pilot program may foreshadow any state-wide regulatory shift.‍

On-premise use is not a matter of if, but when for most market in the US as consumer demand and rapidly shifting public sentiment (including key demographics such as 65+) have placed pressure on states to update their models to reflect cultural interests.‍