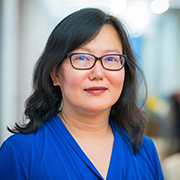 Although the December 2018 passage of The Farm Bill legalized the cultivation and sale of industrial hemp at the federal level in the US, CBD brands continue to face restrictions on advertising on their products. Digital advertising of CBD brands on Facebook, Google, and Instagram remains limited as each of these companies provides strict parameters on what can and cannot be advertised online. Despite these limitations on the use of digital advertising, many CBD brands are working creatively to market their products through billboards, event marketing, pop-up stores, brand ambassadors, and radio ads. CBD brands including CBDistillery, Charlotte’s Web, Evo Hemp, and Recess have found ways to gain favorable media attention and connect with consumers. ‍

The CBDistillery brand, owned by Balanced Health Botanicals, made a splash inJuly with the launch of its Gimmick-FreeCBD campaign that featured a 7-billboard display in New York City’s Times Square. CBDistillery continues to grow strongly through its mission to bring affordable and high-quality CBD to the masses and its direct-to-consumer approach.The campaign calls out gimmicks being used in the crowded CBD industry (with over 3,000 CBD companies in the space) such as CBD being incorporated into toilet paper, condoms and laundry detergent compared to CBDistillery’s own gimmick-free products.

Through humor, CBDistillery asks consumers to look beyond marketing tactics that use the term CBD to sell products and to seek out trusted and established hemp-derived CBD brands such as its own that offer high quality and share third-party tested lab results. The cross-channel campaign also included social media, radio, emails, direct mail, and select advertisements as well as its own microsite at GimmickFreeCBD.co. ‍

Charlotte's Web pioneered hemp-derived CBD in the US and has become the number one CBD brand through word-of-mouth and social media as its core group of passionate advocates helped spread the story of Charlotte Figi and others who have benefited from CBD. 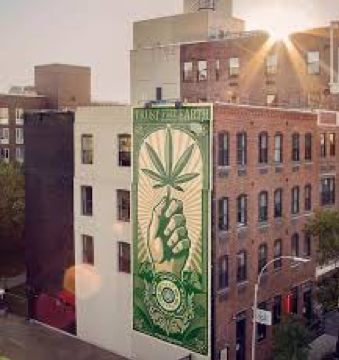 On October 2, Charlotte’s Web unveiled its Trust The Earth campaign in Williamsburg, Brooklyn. Shepard Fairey’s Studio Number One created a huge mural featuring a hand holding a hemp plant and the call-to-action “Trust the Earth” above “Hemp for Natural Health”. The company’s first national ad campaign combines out of home (OOH) advertising with a campaign microsite (trusttheearth.com), and digital content.

Evo Hemp, a hemp foods company that also makes CBD snack bars, lotions and tinctures, is using the power of cinema and videos to educate consumers about US-grown hemp and CBD. 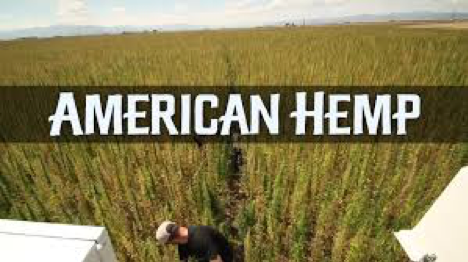 The company’s co-founders Ari Sherman and Jourdan Samuel are featured in filmmaker Josh Hyde’s new documentary “American Hemp”, released in August on Amazon Prime and other major streaming outlets. Hyde shows the challenges faced by the hemp industry as he follows farmers, Sherman and Samuel, and state regulators through one year in the Colorado hemp industry. In the film, Evo Hemp partners with Alex White Plume of the Oglala Lakota Tribe to create the first Native American hemp products in the US. In addition to participating in the documentary, Evo Hemp uses its YouTube channel and the Evo Hemp Academy section on its website to educate consumers about all aspects of hemp through videos on topics such as hemp growing, CBD, hemp smoothie recipes, and terpenes.

Recess, the maker of CBD and adaptogen-infused sparkling waters, reached out to New York City creatives and Instagrammers by opening up the Recess IRL (In Real Life) pop-up store in New York City’s NoHo district in February. The pastel-painted, neon-lit store is aimed at helping visitors relax and be creative as well as to encourage posting to Instagram. Recess Founder and CEO Benjamin Witte told CNBC that the design philosophy of the store as: “In this space I want you to feel like you are walking into Instagram … or walking into a billboard.” The Recess IRL store provides busy New Yorkers with a space to take a recess and break away from day-to-day worries by offering a lounge area and hosting community events such as comedy performances, floral design workshops, and happy hours. The Recess store provides an experiential way to spread the Recess message of staying “calm, cool, collected” to busy millennials while selling cans of the CBD-infused sparkling waters.